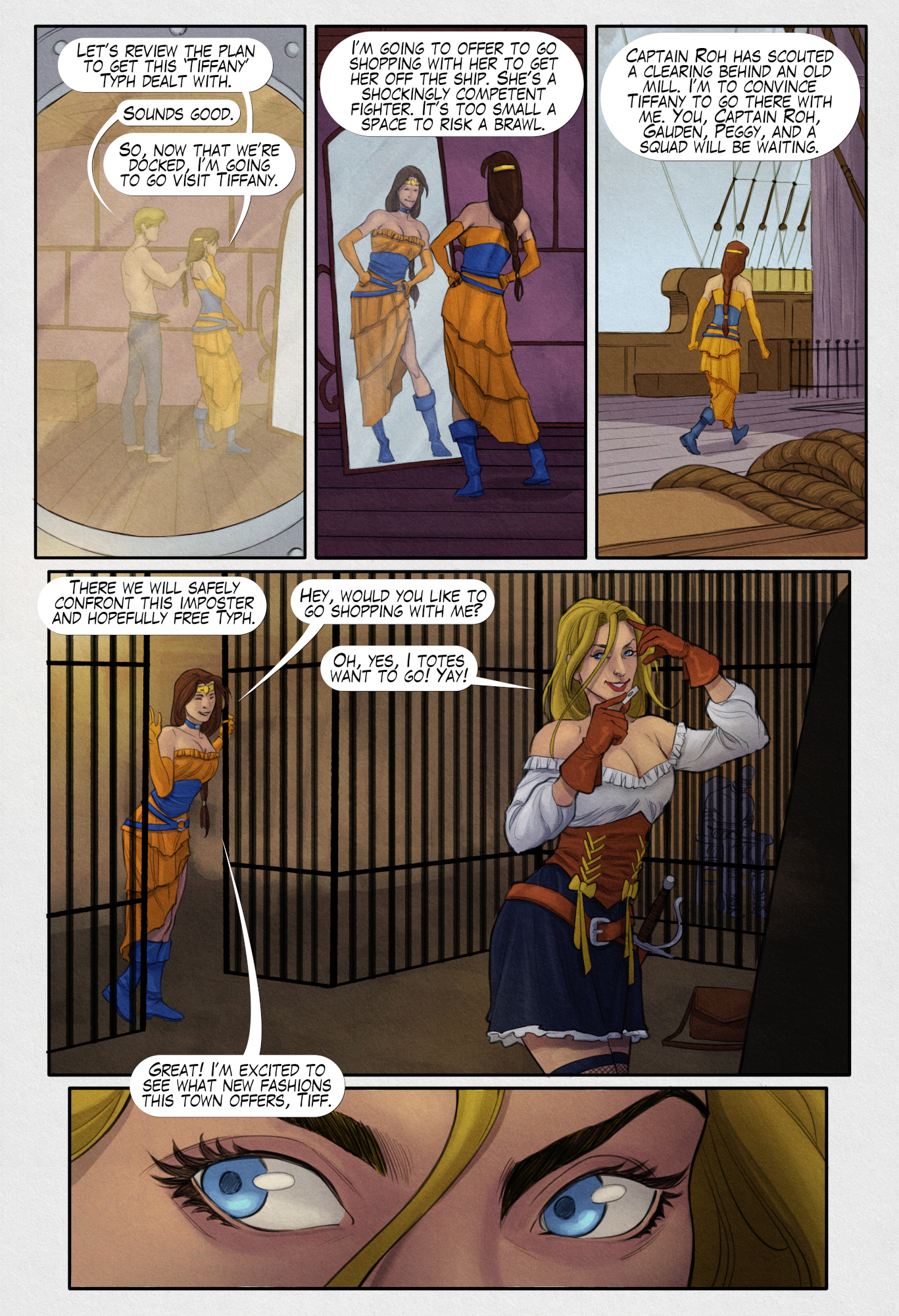 But you can already see the next page on the Patreon now, it's already been there for a while now! Link just below!

(As an Australian, I probably say the former and as a native of Ohio, Scott may say the latter! Luis lives somewhere in the middle? No, seriously he does live in a country that is somewhere between mine and Scott's!)

Vote for Exiern at Top Webcomics here to see a new image!

We're going to get the voting buttons for Top Webcomics installed as soon as we can!

Follow Exiern on Patreon to see the new story pages four hours earlier than they publish here (8pm Sunday on the American East Coast instead of midnight)!

Following Exiern on Patreon is free!

You can also see things like the Top Webcomics incentives earlier than when they publish there at the start of the month by following Exiern on Patreon as well!

Join Exiern on the $1 tier at Patreon to see pages in advance!

If you join now, the first of those dollars not payable until February 1st!

(Subsequent dollars paid on the first day of each month.)

Even more for everyone to see at the higher Exiern tiers!

Zen will be updating every Tuesday and Chaos every Wednesday in December!

If you want to see up to Page 199 as of the time of writing now, they're all available at the Exiern Patreon $1 tier (not payable until the end of the month).

Alternatively, you can also read Dark Reflections: Chaos for free at TG Comics. Please note, it's likely to be classed as a NSFW (Not Safe For Work) site and you will need to create an account. This webcomic is free on the site, though.

Updates on Patreon are as soon as pages are completed while updates on TG Comics and bundled together for towards the end of each month.

Alternate version of the story from Page 45 over at Dark Reflections: Zen!

Original versions of the Exiern pages now being published here!

Now i wonder what would happen if you put the royal diadem on Tiff.

Also, i'm caught up now, time to check out the other canvases, er, branches of this story.
Post a Comment